Jason, Natalie, Arianna, Steve and myself Bianca began our 7-hour long drive from San Luis Obispo to South Lake Tahoe for the 22-mile Tahoe Fall Classic paddleboard race in Jason’s Sprinter van. Peter and his girlfriend Chase were driving separately in Jason’s pickup truck with the 7 paddleboards strapped onto the back.

The long drive went smoothly, only accidentally taking a detour through some unknown 60’s looking town called Avenal. After stopping a couple times for food and gas, we finally made it to the cabin at around 5 o’clock pm.

The cabin we stayed in had 6 bedrooms, a game room, 2 1/2 bathrooms and a dock leading to the lake – perfect for paddleboarding.

As the sun was setting Jason flew his copter over the house and the lake and captured some awesome footage.

When Peter and Chase arrived, we all decided to grab a bite to eat at a burger joint called Brother’s Bar and Grill. We ordered 2 pitchers of strong beer and garlic fries and nacho type tater tots (yum). After filling our stomachs we headed back to the cabin and crashed.

After a good night of rest we all woke up decently early and began our day. Jason, Peter, Steve, Natalie and Arianna took the 4 electric skateboards (two of them being the ZBoard and the other two being the E-Go electric skateboard) around the neighborhood. While Steve filmed with the FY G3 Ultra 3 Axis Handheld Gimbal for GoPro, Jason pushed Arianna around in her stroller as he skated on the ZBoard.

When they came back from skating, myself and the other girls decided to walk to the lake near the cabin we were staying in and get some sun. The boys took their paddleboards out to train for the race on Sunday.

After a few hours we all went back to the house and took out the rest of the paddleboards onto the lake. I brought my GoPro out on the Naish One Inflatable paddleboard and took some pictures while paddling on the lake. The water was like glass which made it easy for the non-paddlers (Chase and I) to paddle.

We came back to the cabin and Steve and I cooked dinner for everyone (emphasis on Steve – I only cut the potatoes). After a full day of activities we all went to bed early. Jason’s sister Stephanie, Stephanie’s boyfriend Jay and Jason’s mom Carmela flew from Denver, CO and arrived while we were sleeping at about 2 am. 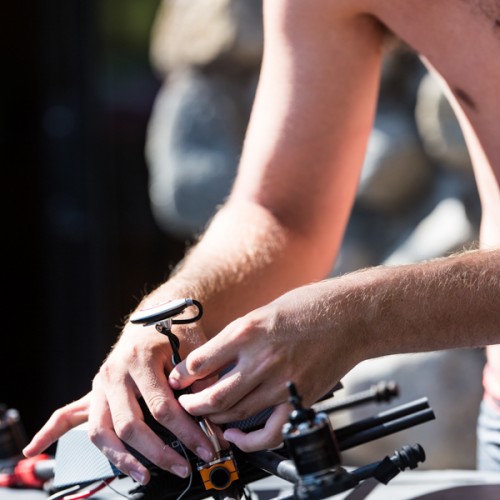 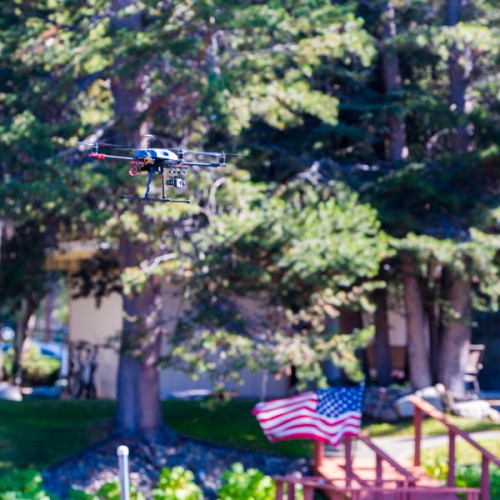 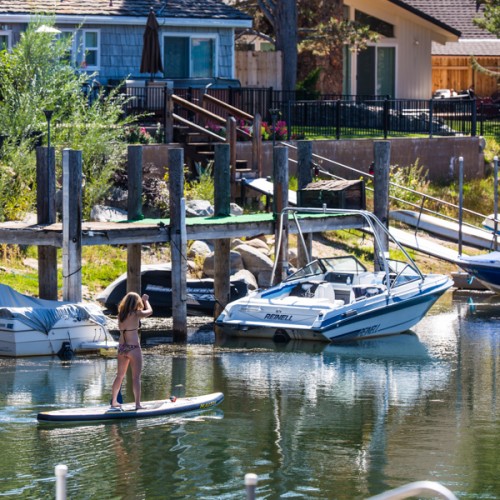 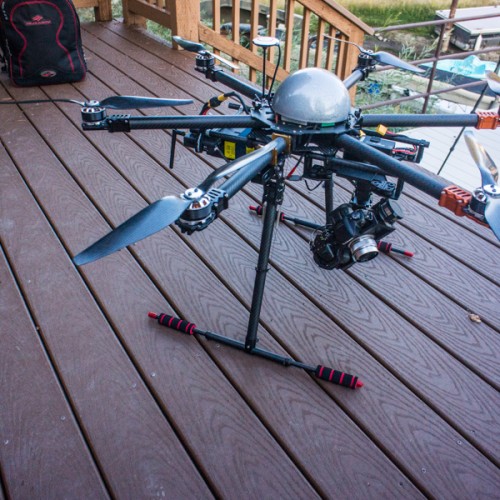 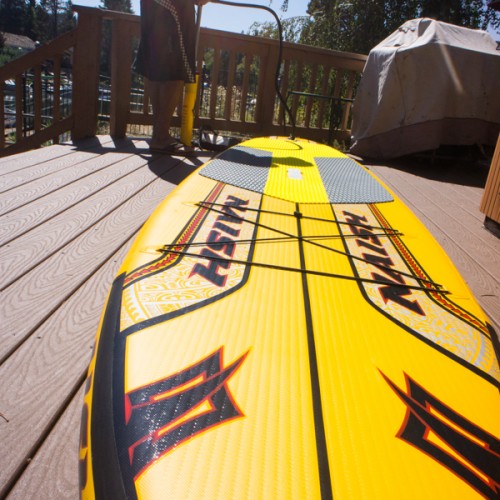 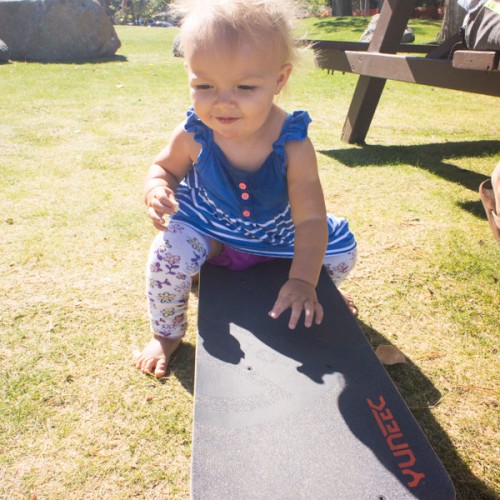 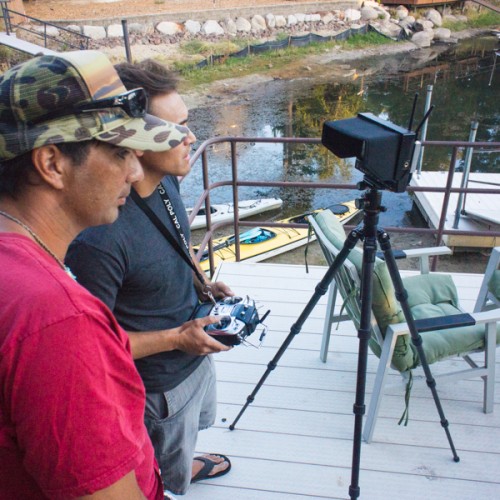 When we woke up, Jason wanted to fly his newly built Tarot Iron Man 810 hexacopter over the lake while Peter and Steve paddled. While Jason set up his copter, I took photos.

After returning back to the house full of people, we packed up the pickup truck with the 7 paddleboards and headed to the Sand Harbor beach.

The beach was about a 45 minute drive from where we were staying. The weather was perfect near the lake – about 85 degrees Farenheit and the water was a little chilly but very refreshing.

We all eventually went out on the paddleboards – even Arianna! We took photos and video with my GoPro and had a relaxing day on the water.

We came back from our beach day and Stephanie, Jay and Carmela all cooked us a delicious dinner of pesto chicken. Peter took his Tarot Iron Man FY650 RTF quadcopter before the night ended and Jason, Peter and Steve made sure to drink plenty of water and protein for their race in the morning.

At 6 in the morning, everyone was awake to cheer on Jason, Peter and Steve in the race. I took the camera and photographed and videoed as the 22-mile race began.

It was about 45 degrees on the lake in the morning.

There were four different start times, Jason, Peter and Steve were all in the third category. Jason and Peter were both riding the Javelin LE 12’6″ while Steve rode the Starboard 14’0″.

Once the blow horn went off, the boys were gone. The rest of us were going to have to wait to see Jason, Peter and Steve at the finish line on the other side of the lake.

From the boys’ pace time we knew we had to be waiting for them about 4-5 hours after the race began. For those of us that were not participating in the race, we went back to the house and hopped in the hot tub.

After a couple hours at the house we drove to the North side of Lake Tahoe. It took us about an hour to get there and about 30 minutes of doing circles trying to find a parking spot.

Once we walked down to the beach with the tripod and large camera, it had been almost exactly 4 hours since the race started. I turned on the camera and through the huge magnifying lens I could see Jason nearing the finish line. I quickly turned the camera on the video mode and captured Jason finishing the race. Jason ended up getting first place in the 12’6″ Men’s Open category!

Almost immediately after Jason and Steve finished, the wind picked up and the lake was st About and hour or so after Steve, Peter finished as well.

The boys were exhausted after they completed the 22-mile race. After they ate we drove back home and relaxed while Jason and Natalie cooked us dinner.

Jason wanted to fly his copter over the lake again to get a few shots of the sun setting and some of us paddling near the house. The copter flew fine until he tried bringing it down to the dock. The copter started spinning in circles above Steve and I’s head. Eventually the copter dropped into the lake.

Steve fished out the copter and the camera from the water but neither were waterproof.

After the disappointing crash we all ate dinner and went to bed.

The next day we packed up the car and returned home. Although we had a copter crash, all-in-all everyone had a great time in Tahoe.

NextGEN gallery is not installed/inactive!