New course records, new champions, record number of participants and pro surfers testing their wave riding skills on the Channel of Bones. Any paddler at the16th annual Molokai-2-Oahu Paddleboard World Championships (M2O), presented by Kona Longboard Island Lager would agree that there were nearly 300 personal victories for those who completed the grueling 32-mile crossing of the Ka'iwi Channel who presented perfect and conditions and up to 8ft swells.

Fast conditions aided athletes in the SUP division, resulting in another record setting year for both the men and the women.

The star of the race Naish's Kai Lenny with another groundbreaking success on his Naish Javelin 14'0" LE. Powering thru the wind-whipped channel he came in third overall less than eight minutes behind the top two unlimited paddlers in a record breaking time of 4:22:14 This not only secured him the win of the stock SUP class but he also broke the stock class record by 51 minutes and last year's M2O winner's time by 4 minutes once again proving that Naish's production boards are the ones to beat.

Another success for team Naish in the relay class – for the third consecutive year Jerry Bess and Michi Schweiger placed on the podium, coming in third overall in the relay class and scoring a first in their combined age category in 4:52:38 on the Naish Glide 14'0"

Great results for Naish production boards and congrats to everyone who mastered the channel this year! 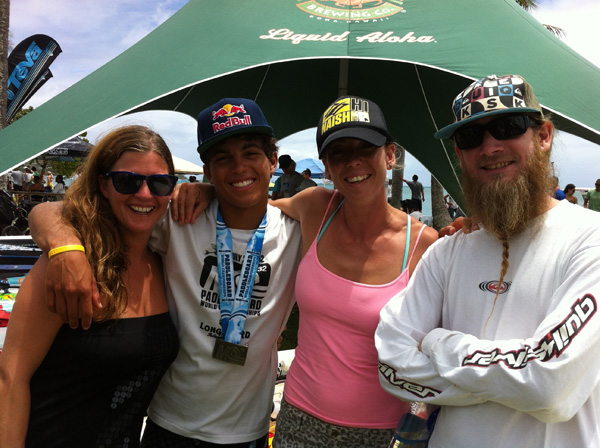